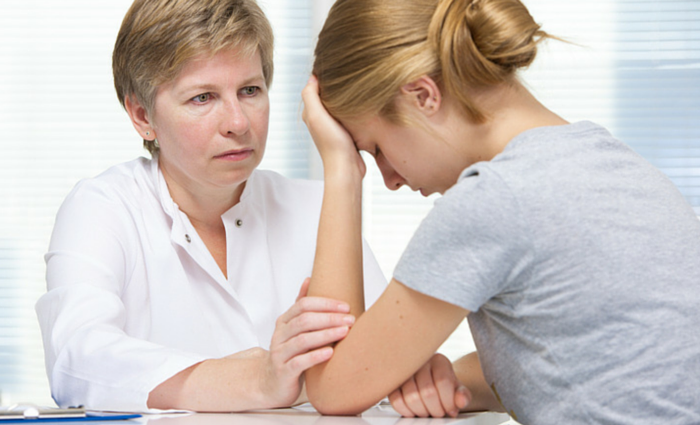 Obsessive-compulsive disorder (OCD) is characterized by unbidden obsessive thoughts and/or compulsory physical activities that are experienced as dysfunctional. Some OCD conditions are clearly genetic; research has demonstrated the significant role played by heredity. Some OCD conditions can be explained by certain information-processing deficits and/or biases; neuroimaging studies have revealed neural pathway disturbances. But the majority of OCD conditions are attributable to emotional and developmental causes.

Psychodynamically-oriented psychotherapy is useful in understanding what triggers the client’s OCD symptomology. However, in a complex disorder such as this, simply understanding the triggers does not change the behavior. The behavior is so deeply embedded in the subconscious mind that the addition of hypnosis is essential for several reasons. On the simplest level, hypnosis provides deep relaxation, which helps to neutralize the anxiety of OCD clients. Hypnotic techniques enable a client to identify “OCD thoughts and urges” without identifying with them, so he/she is possibly able to refrain from performing the associated compulsive behavior. Ego-strengthening techniques within the context of hypnosis are highly effective when the individual has been able to achieve this level of disidentifying from the ego state within that is bombarded with “OCD thoughts and urges”.

Here we want to bring to the reader’s attention the difference between cognitive therapy, hypnosis and hypnotherapy. Cognitive, talk therapy employs the conscious mind which is only 10% of the human mind. The tools of hypnosis engage the subconscious mind in order to bring in the other 90% of the human mind. We can effectively use hypnosis by giving suggestions, performing ego-strengthening and extinguishing the anxiety. Hypnotherapy, on the other hand, is the process of returning to the original scene in the client’s life where the deep anxiety began.

A person’s inner conflicts can trigger the appearance of obsessive symptoms, creating a “vicious circle” of anxiety reactions that exacerbate the manifestation of OCD symptoms. For example, if a client has anxiety about intimacy, then when he/she gets close to a possible intimate relationship, the OCD symptoms flare up. And that in turn adds to the emotional reasons for avoiding intimacy. Accessing the inner conflicts in cognitive therapy can instigate this vicious circle, potentially increasing the appearance of obsessive symptoms. Hypnotherapy is an excellent means of side-stepping this potential problem and bringing powerful tools to ameliorate the original trauma.

Let’s look at a common symptom of OCD which is the compulsive behavior of hand washing. In Heart-Centered Hypnotherapy (HCH), we assist the client to find the original scene where they began to feel so dirty that they had to compulsively wash. The OCD clients feel at the mercy of their subconscious mind which they do not know how to control. Many people experience compulsive behavior such as being unable to stop eating sweet foods, smoking cigarettes, or drinking alcohol. Often this compulsive behavior is an attempt to comfort the inner child and protect him/her from deep fears. These fears often originate in childhood where the client felt unprotected.

In HCH we help the client to wash off the child that was dirtied and, perhaps for the first time, begin to love this little girl or boy. We encourage the client to love the inner child the same way you would love and heal any child who was harmed or betrayed by their caregivers. When healed on the deep subconscious level where the original traumatizing event occurred, the person is able to stop the OCD behavior because the triggering event is neutralized of its power. Without the original event’s reservoir of fear and shame propelling it, the current triggering event has lost its commanding influence.

One of the major problems in the cognitive processing of patients with OCD is their failure to inhibit or shift their attention away from ongoing obsessive thoughts or activities toward other more pleasant, or less distressing, cognitions. Hypnotherapy provides a stable means for an individual to manage various ego states, or parts of the personality. He/she can find and reinforce an executive ego state within that has the “authority” to assign other parts to be active or alternately to be on hiatus. The client is able to set appropriate internal ego boundaries, and to gently but firmly set limits on the OCD ego state. In this way, the client begins to reintegrate dissociated elements that appear in the form of ritualistic actions, thus gaining greater control over them.

If you, or your patients, suffer from OCD...then hypnotherapy just might be a solution. By regressing back to the core cause of the compulsive behavior, therapists can begin to treat it at the root.

Hypnotherapy doesn't only assist with treating OCD. Countless issues can benefit from the ability to access the subsconscious that a trained hypnotherapist can gain. Click below to learn how you might add hypnotherapy methods to your toolkit.

Previous One Key Way of Treating Trauma: Break Through the Dissociation
Next How to Fill End-of-Life Preparation with Healing, Not Distress
Categories
Recent Posts
Recent Posts