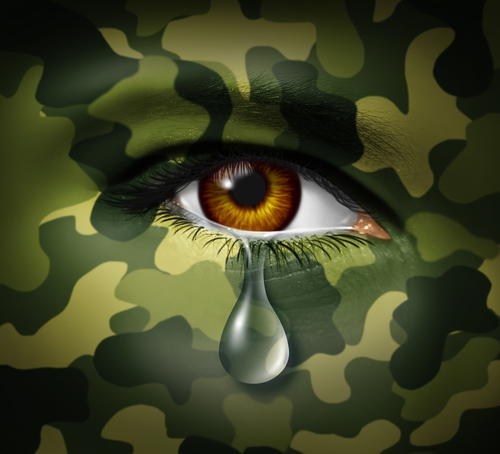 It has become clear in recent years that there are degrees of wounding in traumatization, some being more pervasive and complicated than others. One attempt to distinguish between them is the distinction between trauma and complex trauma, or PTSD and Complex PTSD. Complex trauma refers to trauma experienced as overwhelmingly intolerable, that occurs repeatedly and cumulatively, usually over a period of time and within specific intimate relationships which violate the human bond and sever the vital human connection.[1] The victim of complex traumatization is entrapped and conditioned by the perpetrator whom the victim relies on for safety and protection.

In families, it is exemplified by domestic violence and child abuse and in other situations by war, prisoner of war or refugee status, and human trafficking. Complex trauma also refers to situations such as acute/chronic illness that requires intensive medical intervention or a single traumatic event that is calamitous.

When children and adults are traumatized beyond their breaking point, they retreat inwardly to call on unconscious resources. The child tried fight or flight and it didn’t work (the abuse got worse), so he had to stop responding with that behavior. But his body’s nervous system didn’t stop reacting with sympathetic activation, and this energy just built up because it was unsafe to express it. So he had to find a way to override the body’s natural response to stress, and to tolerate the growing accumulation of undischarged energy.

The mind dissociates from paying attention to what is intolerable; the body dissociates as well, through compensating activation, which we call shock. This is the central distinction between trauma and complex trauma, between PTSD and complex PTSD. This is the clinical definition of Complex Posttraumatic Stress Disorder: exposure to sustained, repeated or multiple traumas, particularly in childhood, resulting in a complex symptom presentation that includes not only posttraumatic stress symptoms, but also other symptoms reflecting disturbances predominantly in affective and interpersonal self-regulatory capacities such as difficulties with anxious arousal, anger management, dissociative symptoms, and aggressive or socially avoidant behaviors.[2]

These other symptoms are really defenses which formed early on and were effective at surviving the ongoing trauma by allowing body and mind to dissociate. In a sense, the person is now accompanied by a powerful companion, a protective bodyguard for the traumatized and overwhelmed person to hide behind. Creating this bodyguard comes at a steep price, however; the person must turn over to the bodyguard, the set of defensive behaviors, the moment-to-moment decision-making about when and how to protect him/her. So the bodyguard might perceive an imminent threat, whether there is actually one or not, and throw himself in front of the one he is sworn to protect, suddenly, without warning or explanation or even rational purpose. That happens when I begin to experience loneliness and my protector ushers me into the kitchen to eat three pieces of cake; or when I experience that my boss is angry at me and my protector forces me into the nearest hiding place; or when I experience my spouse getting cozy with someone I consider to be a rival for her affection and my protector explodes in a jealous rage.

The result is a split in the individual; the bodyguard develops into a powerful neurotic pathology in the form of addictions, thought disorders, anxieties, depression, and other self-sabotaging behaviors.

These self-sabotaging behaviors are the psychological component of the protection, i.e., the adaptation to perceived threat. And shock is the physiological component, the same dissociative and defensive pattern embedded in the autonomic nervous system. The bodyguard (who shares the body’s real estate with the conscious ego-self) has conscripted the body to its service and manages to step into control, to take the steering wheel away from the conscious ego-self, through control of the nervous system. The over-eater literally “finds herself eating desserts” despite the conscious ego-self’s best intentions not to. The bodyguard has taken control of the part of her that carries the willpower and ability to make healthy choices by putting it to sleep (parasympathetic shock) or by distracting it with busyness (sympathetic shock).

It is important to recognize that the bodyguard is just doing its job, what it was selected for so long ago and trained to do: protect me. It is not malevolent, bad, or mean-spirited, any more than the ocean is when it rises up in a tsunami. It is just doing instinctually what comes naturally. We showed great courage and wisdom as children in going out to seek and find a powerful ally to help us deal with the trauma. Surely now as adults we can find the courage and wisdom to confront those same powerful forces (bodyguards) to renegotiate the arrangement.

The way to retrain or recondition the bodyguard is to retake control of the body’s nervous system. When the bodyguard cannot usurp the body through sleep or distractions, the conscious ego-mind is returned to its rightful place at the steering wheel. And then I can choose to say to the bodyguard, “Thank you for trying to help me, but right now there is no threat. So take a break. I’ll take it from here. And that means I won’t eat cake right now; I’m going to deal with my loneliness in a different way. Maybe I’ll call a friend.”