How Hypnotherapy Can Help in a Family Tragedy

How Hypnotherapy Can Help in a Family Tragedy 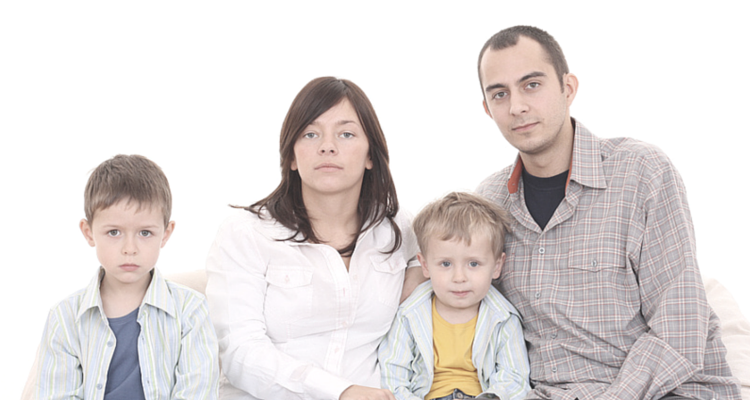 There is more than one problem for people who experience family tragedies: usually half the people involved go into shock and become like the proverbial deer, so frightened by the headlights that he is immobilized. This is an automatic response of our nervous system which we refer to as parasympathetic shock. It keeps us emotionally numb and physically frozen. Because of this physiological state of our nervous system, we become unavailable to help ourselves or other family members to deal with the tragic event in a healthy way.

Other friends or family members affected by the tragedy, may have the opposite reaction, which is sympathetic shock. Their nervous system may charge them into fast action, more like the response of a chicken with it’s head cut off. You may find yourself caught up in a whirlwind of trying to fix other people, take care of a million details or being involved in an endless to do list, most of which do not contribute to resolving the situation.

We have had many recent examples of tragedies. One happened in a blended family where the young step son of Sally (not her real name) attempted suicide by jumping off of a bridge. Someone was watching over him that night as he ended up landing in a big thicket of bushes and his life was saved. He was taken to the hospital where the professionals recommended counseling and medication. The medication made him sleepy, he said, and he stopped taking it soon afterwards. The counseling seemed stupid to him and he refused to go after the first time. His parents did not accompany him or try to find some other treatment for him. They went on as if nothing had happened.

Three weeks later he jumped off the same bridge and landed on the freeway. This time he accomplished his goal to kill himself. Just before this happened, he had gone into his mother’s bedroom to tell her he was having scary thoughts again and her reply was, “Don’t bother me, I need to get some sleep.” She pulled the covers up over her head and turned over, and went to sleep. That night the boy returned to the same bridge, ironically one of the many bridges his father (an engineer) had built, and jumped!

This whole family went into shock, no one knew how to talk about their feelings and so they went into the sympathetic shock activation of planning the best funeral for him. Everyone was busy discussing the details of the memorial service, who they were inviting and sending out invitations.  After it was all over and there were no more details to discuss, a huge hush fell over the family. No one could make eye contact with the others and conversations were basically one or two sentences, mostly concerning daily activity.

This is parasympathetic shock or paralysis. The nervous system, as a protective mechanism, becomes frozen, nearly paralyzed. This form of shock protects us from feeling the pain when we are in an accident or when as little children we are being abused. It protects us even from the type of family or community tragedy that is unbearable. However another problem ensues when we begin to use substances and behaviors to prolong the numbness. Many people will turn to alcohol, sleeping pills or other downers. Another common form of self-medication is sweets and carbohydrates. They don’t call cookies, grilled cheese sandwiches and mashed potatoes comfort foods for no reason!

When the person feels so numb they can’t accomplish much, they will then medicate with caffeine and other speedy substances in an effort to “wake up” and start to feel again.  Or they may try to accomplish the same thing by using adrenaline producing behaviors, such as gambling, shopping, or sexual affairs. This does not achieve the desired goal, but ironically just moves them back into the shock cycle of sympathetic frantic behavior.

Are there any healthy ways to treat shock?

We as a people must learn to feel comfortable with our emotions and learn how to heal our grief. So in our blended family above, nearly a year later, they were still blaming each other and several had turned to excessive alcohol use. Only the step mother finally was distraught enough to seek Heart-Centered Hypnotherapy. She had discovered the books, Breaking Free from the Victim Trap and Overcoming Shock. She realized that they were running around the victim triangle like hamsters on a running wheel and all in shock.

Sally learned how to release the anger from her body without hurting herself or any other person. Once her anger had lifted, she began to feel her deep sorrow and grief for what had happened. She realized that none of it was her fault and that blaming anyone just kept her on that hamster wheel of blame, shame and anger.

After several sessions of hypnotherapy, she felt the shock begin to lift and she was able to speak with her husband without the fear that he was blaming her. She realized that the anger he had was not about her, and that he needed a chance to release the anger and shock just as she had. For the first time in her relationship, she was not intimidated by him and firmly told him she wanted him to go with her to see the Heart-Centered therapist. This is often difficult for men to do since they think needing help is a weakness. But just like many of our returning war veterans are learning, trauma needs to be treated. The whole family has PTSD, and treatment needs to begin with the parents. Then the grown children, step parents, aunts and uncles have a healthy role model to follow.

After several months of hypnotherapy, doors began to open up for this family to begin to talk about their feelings without blaming themselves or others. This became very urgent since there was another  young teenager  who was slipping into the same depression her brother had suffered from. And this is when we discover the gift in adversity for the tragedy actually brought them closer in the long run and taught them how to recognize problems and deal with them.

Heart-Centered Hypnotherapy can be found in most communities by going to our website www.wellness-institute.org and click on Find A Therapist.