Can Hypnosis or Hypnotherapy Help Strengthen the Immune System?

Can Hypnosis or Hypnotherapy Help Strengthen the Immune System? 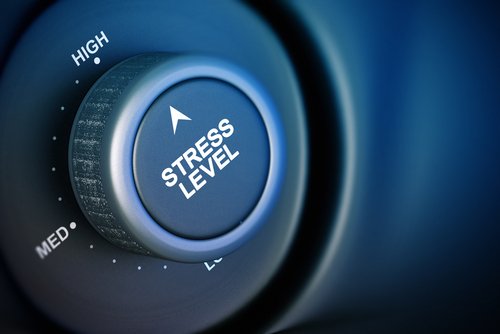 It has been highly researched and is now generally accepted that increased levels of stress greatly compromise our immune systems.

Researchers have determined that focused hypnosis and related visualization techniques can actually prevent the weakening of the immune response that often follows periods of acute stress. A new study suggests that hypnosis actually enhances the immune status in some people compared to similar individuals who don't use self-hypnosis. The research was reported in the Journal of Consulting and Clinical Psychology in 2001. Subjects in the study who had not used self-hypnosis as a relaxation technique prior to their stressful event showed a 24 percent decrease in T-lymphocyte proliferation compared to a 2 percent increase in the hypnosis group – T-Lymphocyte white blood cells are important to the immune response. The more frequently subjects in the hypnosis group practiced their technique, the better their immune response was.

Another study tested the effects of hypnosis on the immune response. High and low hypnotizable subjects were exposed to hypnosis, relaxation or control conditions. Blood samples obtained before hypnosis treatment and twice thereafter were tested, showing significant alteration of the immune response as measured by B-cells and helper T-cells.

One setting for utilizing hypnosis to reduce stress is with patients facing surgeries. If the immune response can be maintained - if not enhanced - then recovery from the surgery is much quicker, with fewer complications. We had a client who had fallen and severely broken her ankle and tibia. She required extensive surgery, was in a cast for several months in a wheel chair and then needing to use crutches in order to get around. The orthopedic doctor gave her and her husband the time estimate for returning to normal. It was crutches for 3 months, then they would take x-rays to see how much the bones had healed, then a boot for a month and of course physical therapy after the boot came off. When the x-rays came back, the doctor was confused and said he needed to re-take the x-rays. He did and the x-rays came back the same. He was very confused and asked, “What have you been doing? Your ankle and leg are healed and you will not be needing the boot. Your healing is about one month ahead of what we had expected!”

Incredulous, he then asked again, “What have you been doing?” The patient told him that her hypnotherapist had made hypnosis tapes for her which included visualizations of knitting the bones together as well as increasing the immune system functioning. She had done these visualizations twice daily for several months and was elated that they had certainly produced results! And she had the x-rays to prove it.

Hypnosis enhances the patient’s visualizations of how the immune system works, strengthening the functions of the helper cells and the killer cells, increasing the functioning of the suppressor cells and b cells, and finally the macrophage cells.

Once the healing visualization on the specific area of the body to be healed is in place, then there is also the hypnotherapy portion of the treatment. Hypnotherapy may include helping the client to understand what the lessons of this accident or illness may be for them, and what behavioral changes may need to occur to prevent further illness or accidents. For example, our client who broke her ankle, once it was healed, was able to regress back in the state of hypnosis to see what state of mind she had been in. The therapist put her into the trance state and regressed her back to just before the accident happened. This client described a day when she was very stressed and was rushing around “like a chicken with her head cut off.” These were her words. She realized that most often she is functioning in a state of high anxiety, which we call sympathetic shock. She was attempting to multi-task four different things, and realized none of them were actually being accomplished. In her multi-tasking, she was talking on her cell phone and at the same time outside on her very slippery deck (it had rained in the morning) pushing furniture around for a dinner party she was planning. She pushed a very heavy table too hard and went flying off the deck landing about 10 feet below on her rock garden!

In the trance state of hypnotherapy, she began to cry as she realized that she has felt overly responsible since childhood and thus has always taken on more responsibility than she can actually handle. She rushes through her life, never really enjoying one situation that she has created, before moving on to the next five or six challenges. Laying in bed with her broken ankle, she got the message from her body: “Slow down and smell the roses!”

Hypnosis and hypnotherapy work hand in hand to heal the mind and the body. Hypnotically visualizing the healing strengthened her immune system and actually speeded up the healing process. Then hypnotherapy helped her to change the life-long pattern that was the underlying issue in her life, hopefully preventing a future reoccurrence of such an accident.